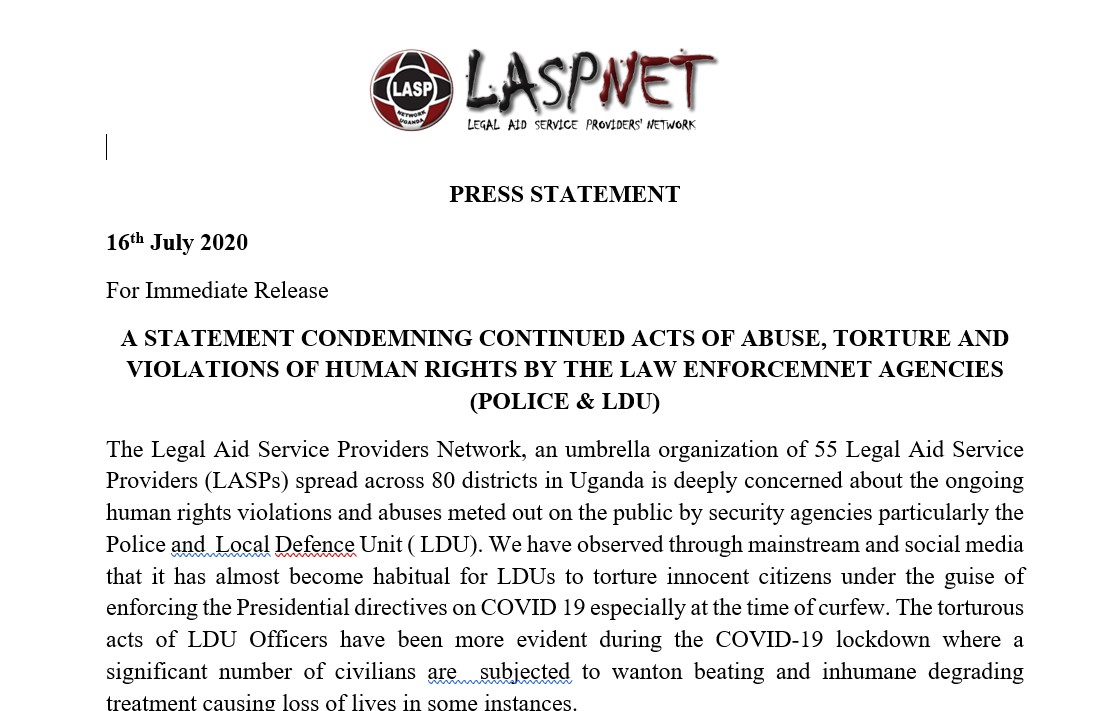 The Legal Aid Service Providers Network (LASPNET) has issued a press statement expressing concern over the ongoing human rights violations and abuses meted out on the public by security agencies, particularly the Police and Local Defence Unit.

In the statement, LASPNET observed that, while executing their duties especially on enforcing the presidential directives aimed at curbing the spread of COVID-19, some security officers have subjected citizens to wanton beatings, inhuman and degrading treatment causing loss of lives in some instances.

LASPNET contends that these erroneous acts of security officers are contrary to established international, regional and national legal frameworks established to protect human rights like the right to life, freedom from torture, inhuman and degrading treatment, to which Uganda is a signatory.

In light of the above, LASPNET proposes several recommendations to the Parliament of Uganda, security agencies, the Uganda Human Rights Commission, the Office of the Director of Public Prosecution, the Judiciary, media, the legal aid service providers and the public; on the various actions, they should pursue to halt the violation and abuse of the citizens’ rights.

LASPNET is an umbrella organisation of 55 legal aid service providers (LASPs) in Uganda. The DGF supports LASPNET to implement a project on strengthening collaborative advocacy platforms to enhance rule of law, legal aid and access to justice for the poor, vulnerable and marginalised in Uganda.