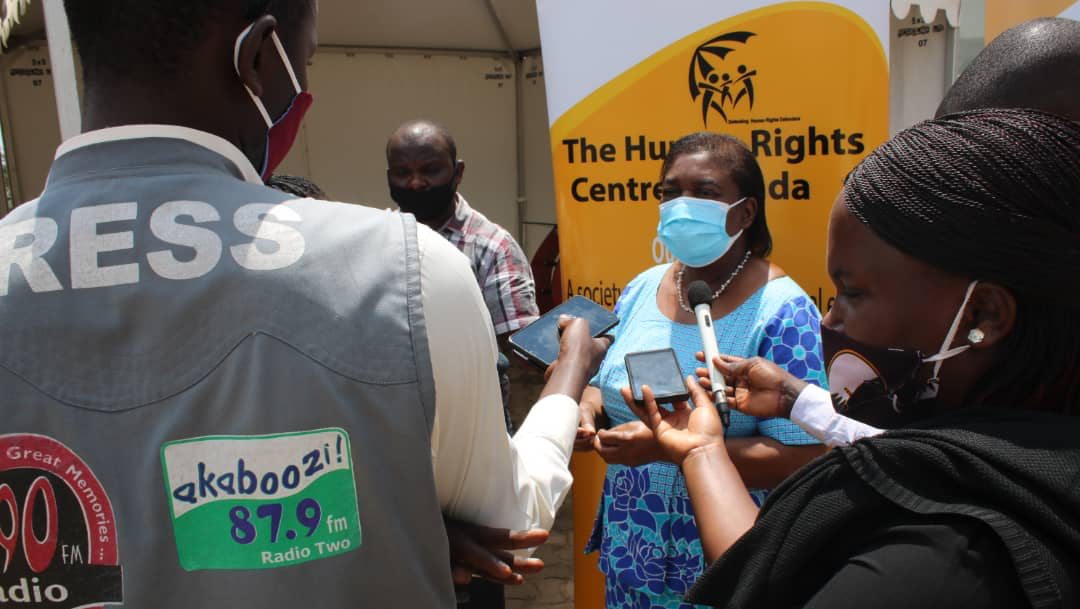 The two reports indicate a significant increment in the violation of the rights of Human Rights Defenders (HRDs) across all the country, in the course of their work.

The report on the situation of Human Rights Defenders in Uganda, pinpoints government officials at the local and central government level, as well as security operatives as the major perpetrators of the violations against HRDs in the course of their work in 2018 and 2019. It also indicates that Lira and Arua districts had the highest rate of human rights violations in 2018 and 2019 respectively. HRDs further expressed fear of increased torture against them ahead of the 2021 elections.

Mr Aliro Omara, the HRCU Board Chair, who launched the above report, explained that the fear of torture that engulfs HRDS ahead of the election period is because it has been recurring behaviour by government operatives in other elections held before. He called upon HRDs to demand a specific law to protect their rights.

The report on youth human rights defenders in Uganda indicates that although youth HRDs operate in the same environment as all HRDs, they have unique challenges. They encounter challenges such as age-based discrimination, intimidation, torture, beatings, arbitrary arrest and detention, restrictions on freedoms of expression and association and restrictive legal framework, among others.

Ms Teopista Kiiza, the Program Manager at the African Youth Development Link, who launched this report, said that the youth are considered as violent upfront, and thus have not been listened to, but rather tortured, a vice that is common before and during the election period.

Ms Margaret Sekaggya, the HRCU Executive Director, pointed out that the main objective of the report on youth HRDS, the first of its kind by HRCU, was to study and analyse the working environment of youth HRDs in Uganda, with a focus on challenges they face, their needs and the possible interventions to enable a conducive working environment for them.

The reports were produced with the support of the Democratic Governance Facility under the project titled “Strengthening support and protection of the rights of Human Rights Defenders in Uganda”.

The situation of Human Rights Defenders in Uganda: Progress amidst a Challenging Environment http://www.hrcug.org/publications/file/2019%20HRDs%20report.pdf