Training on Gender Inspires Change in Radio Programming and Policy 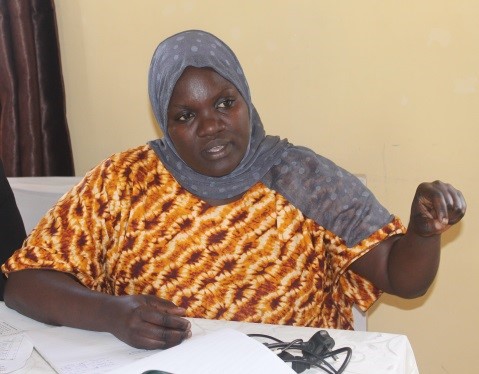 There has been a rise in the number of media houses in Uganda since the early 1990s. This growth has increased the media footprint and evolved its traditional role of informing, educating and entertaining to include mobilising and influencing personal and public opinions on several issues such as gender relations.

A report by the Uganda Media Women’s Association in 2014 on “Gender Dimensions in Uganda’s Print Media: A Case for Engendering Practitioners” shows that, compared to men, women’s participation in the print media is still low particularly in terms of staffing and news coverage.

To promote gender equality in media operations, the Uganda Media Women’s Association has spearheaded efforts to strengthen media gender lenses regarding reporting and programming. In this effort, the association has conducted a series of training on gender-sensitive reporting targeting media editors, managers, and owners and women leaders.

Ms Laila Baale, the Head of News at Spice FM in Hoima District, is one beneficiary of the training. She acknowledges that the training was a game-changer as far as her understanding of gender issues was concerned. “I had a bit of knowledge on gender, but I could not relate it to journalism… In the training, I got to learn about gender-sensitive reporting and how it should be embedded in the procedures and structures within the organisation”.

The training also caused her to appreciate the need to have all voices heard; to have editorial policies that take into account gender equality and to embed gender concerns in programming, management and news reporting. After the training, Laila organised a feedback session to engage fellow staff and the top management at Spice FM on the need to do business differently with gender lenses. This sparked new positive shifts at the station. For example, Spice FM management appreciated the need to develop gender guidelines for the station’s operations, to recruit more female news reporters and include women panelists on the station’s political talk show “Spice Parliament” which, since inception six years ago, had been dominated by men.

Today, Spice FM has become more deliberate in relaying gender-sensitive news stories, increasing coverage of issues salient to women and reflecting more female voices in its content. The station has recruited four female staff as news anchors and has adopted a gender policy to guide gender considerations in their operations. Management has also brought on board Ms Everse Munguryeki, the woman councillor for Kyangwali Sub-county at Kikuube District Council, as a regular panelist on the “Spice Parliament” talk show.