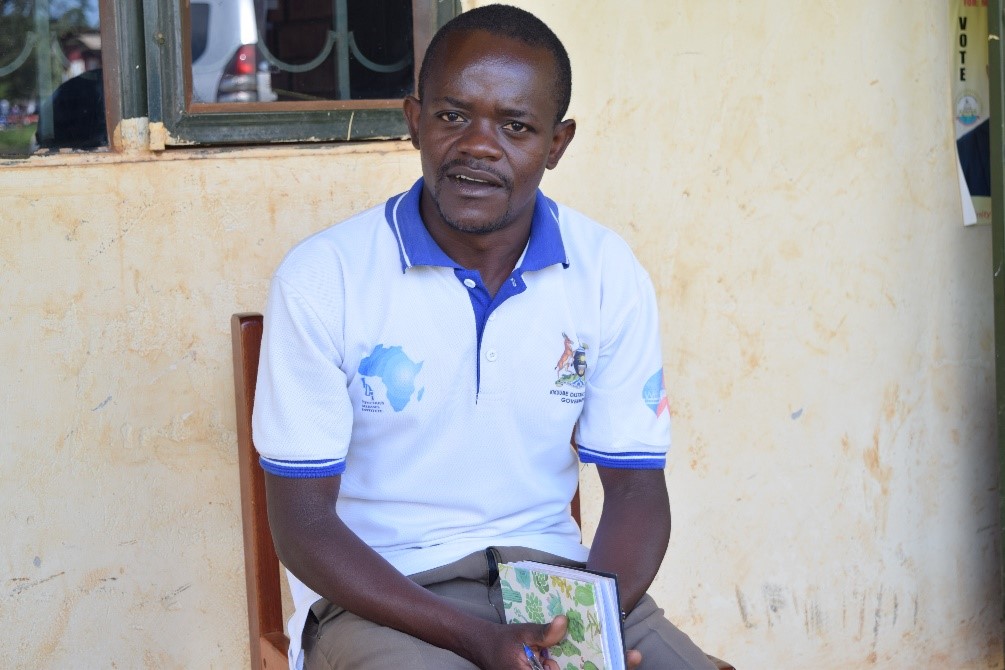 Since 2018, the Global Rights Alerts (GRA) has been implementing a project: “Promoting Community Interest in the Extractive Sector”. For effective implementation, GRA established a structure of community-based monitors (CBMs) to support timely monitoring and reporting of issues from communities, especially on land evictions and compensations, in relation to developments in the extractives industry. GRA then built their capacities on understanding rights and responsibilities, engaging with communities and leaders, and documenting and reporting issues from the communities.

Richard Tusiime is one of the CBMs who were recruited by GRA in 2018. At that time Tusiime was a member of the youth committee at Kiziranfumbi sub-county in the then Hoima District. “When I was recruited, GRA went on to build my capacity on how to reach out to my leaders within my community, and how to build and maintain a good relationship with them,” he says. With strengthened capacity, Tusiime advocated for oil and gas host communities to benefit from developments within the sector, especially for youth to access job opportunities. He also established a community-based organisation - Kiziranfumbi Citizen Voice and Action - to help in the dissemination of information on oil and gas developments to communities.

Working with GRA as a CBM built Tusiime’s eadership qualities and experience, and grew his popularity. When a new district, Kikuube District, was carved from Hoima District in July 2019, Tusiime saw an opportunity to take up a new leadership role as an interim District Youth Council Chairperson. “After working for my community for some time, I noted there were many information gaps and inadequate platforms to reach decision-makers at the district level. I realised that I could make a better contribution as a leader at the district level. My focus was to get a platform where I could effectively advance youth voices and see action taken on them,” Tusiime says.

Jessica Nantongo, a youth councillor at Kiziranfumbi sub-county admits that when Tusiime expressed interest in the position, many youth leaders, including her, endorsed him as the best candidate. “He had demonstrated a great ability in mobilising youth in his community to sensitise them about their rights and responsibilities, and to help them benefit from the job opportunities in the oil and gas sector,” she says. Since assuming office in September 2019, Tusiime has been mobilising youth to participate in various government programmes at the district such as the Youth Livelihood Programme. This position has also accorded him the platform to engage different offices such as the Resident District Commissioner and District Local Government Council, to draw their attention on concerns from the youth on developments in the extractive sector.

Tusiime attributes his success thus far to the leadership grooming he obtained from GRA as a CBM which spurred his progression to an interim Chairperson for Kikuube District Youth Council.